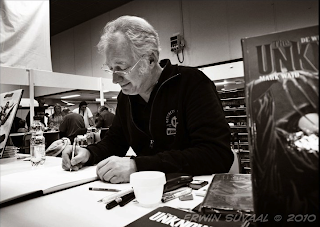 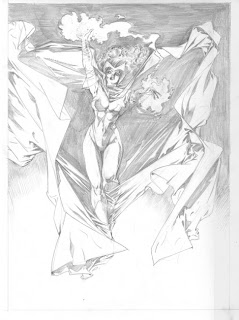 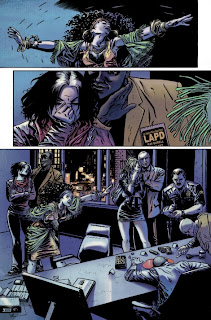 Tales of Zombies AND More: Minck Oosterveer on working in the European and American Comic Markets

With: Minck Oosterveer and Jim Salicrup

$5. for non-members, Free to MoCCA Members

Join renowned "Nikky Saxx" and "Zombie Tales" artist Minck Oosterveer for an informal interview with comics editor extraordinary, Jim Salicrup for an event filled evening at MoCCA, as Minck discusses the difference, similarities and enjoyment of working on European and American comics, his illustrative career in both, as well as his recent work as the penciler on "Ruse" and Spider-man at Marvel Comics.

Following the interview, Minck will give a sketching demonstration. The evening also includes raffles for merchandise from Eva Ink Artist Group (www.evainkartistgroup.com)-- Three tickets for $5. All proceeds going to benefit MoCCA. As well as a special print available just at the event.

Stay around for refreshments, mingle, and enjoy this unique opportunity for a cross cultural exchange with a consummate comics professional, and view some amazing artwork and originals at the same time.

Note: This event at MoCCA on Tuesday, June 21st, is part of Oosterveer's first US tour, He'll be appearing at Wizard Philly June 17th-19th and then at the Albuquerque Comics Expo June 24th-26th.

MoCCA is located at:

(btwn. Houston and Prince)

A Little About Minck:

To say that Minck Oosterveer is a "zombie" artist is true enough... but is far from fully describing this wonderful talent!

In fact, the award-winning artist is known world wide for a plethora of comic strips, movie work, and sequential art. Most notably here in the United States for such books as "Zombie Tales" and "The Unknown" with writer Mark Waid!

Growing up in The Netherlands (Holland) with European comics, he soon developed a strong interested in American comics, especially the newspaper comics of the 1930s-50s. It was the pulp-ish, direct style and the usage of black and white in realistic artwork that attracted him the most. Film Noir as it were.

In fact, Oosterveer's work is strongly influenced by Milton Caniff, Alex Raymond, and Will Eisner. After working for a studio on productions like 'Tom & Jerry', 'Sesame Street', 'Paddington', 'Ovide' and 'Spider-Man', Minck Oosterveer moved more in the direction of another stylistic forte, working with Willem Ritstier on the series "Claudia Brücken" for the Franco-Belgian publishing-house 'les editons Lombard' and Tintin-Magazine .

In 2002, Oosterveer and Ritstier started a new daily comic strip in De Telegraaf, called "Nicky Saxx", one of their most successful comic-series. This was followed by a comic-series entitled "Trunk" (2006), which debuted to critical acclaim. Next they teamed up (2007) as writer (Ritstier) and penciller (Oosterveer) for "Storm", a successful European comic series created by Englishman Don Lawrence, and started a new western-comic, "Ronson inc." for the legendary Dutch comic-magazine "Eppo"

He is currently working on two projects at Marvel Comics, which include "Ruse" and a Spider-man island adventure, neither to be missed.

Hope to see you all at MoCCA for this evening with Minck Oosterveer and Jim Salicrup, Tuesday, June 21st.

For more information on Minck Oosterveer go to: www.minckoosterveer.com ; or www.evainkartistgroup.com
Posted by Eva Ink Artist Group / Pros and Cons Celebrity Booking / HappySpacePOPCon.com at 11:10 AM