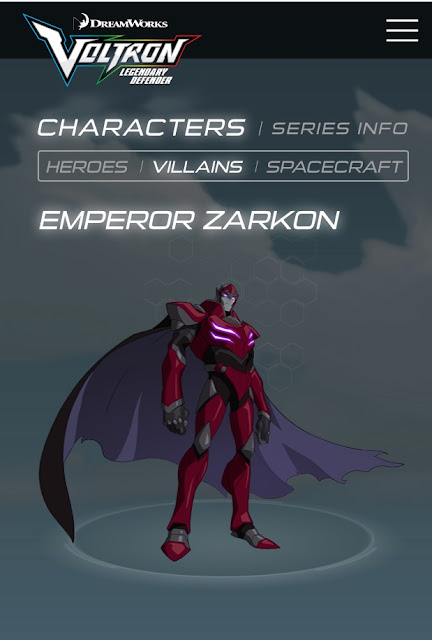 In a career that spans more than 20 years, voice over actor Neil Kaplan has repeatedly proven that he’s oh-so-good at being bad.

In “Voltron Legendary Defender,” a DreamWorks animated series now streaming on Netflix, he plays Emperor Zarkon, the chief adversary of five teenagers who have been plunged into the middle of an intergalactic war. Long story short: This dude is evil.

“The fun thing about playing big bad guys is that they’re certain about what they want,” says Kaplan, who grew up in San Jose. “They have a goal, and they’re out to achieve it. They’re not asking for advice. It’s just, ‘This is what we’re doing, and this is how we’re going to get it there.’ " 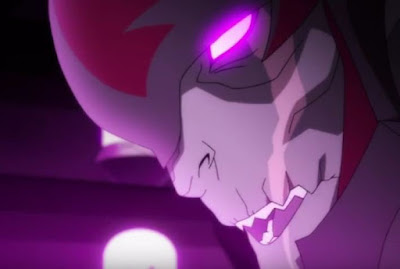 Kaplan, says he gets a kick out of playing Zarkon because he’s a character with “shades of gray”—someone who is a “little more erudite and intelligent.”

Being bad is nothing new for Kaplan. Some of his early work included voicing “villains of the week” on the iconic “Power Rangers” TV series.

But there’s no type-casting Kaplan. Over the years he has taken on a vast variety of roles in animation, video games, television, film, audiobooks and anime. (Agents Note: Including Optimus Prime, as well as Marvel, Legaue of Legends and Star Wars properties.)

Kaplan became fascinated with voice work while watching “The ABC Comedy Hour,” an early 1970’s variety show featuring a team of impressionists that included, among others, Rich Little, Frank Gorshin and Fred Travalena.  Soon he was entertaining fellow students at Bagby Elementary School with his own impressions of Jimmy Stewart and Richard Nixon.

Kaplan went on to compete in Santa Clara County Fair talent shows and perform with touring groups for San  Jose Children’s Musical Theatre. During a fundraiser at the  Montgomery Theatre, he had a chance to meet the legendary voice-actor Mel Blanc and came away impressed.

“He was probably 80 years old at  the time, and he looked to be every single minute of it,” Kaplan recalls.  “He was slumped over and not showing a lot of life. But when they announced his name and he hit the stage, I swear he lost 50 years. He was bright and bubbly, and he just blew me away.”

To see some clips from the new series and have Emperor Zarkon blow YOU away, here are some links that relate directly to Neil in his new part!

Not only that, but he's available to do it in person at a convention near you!