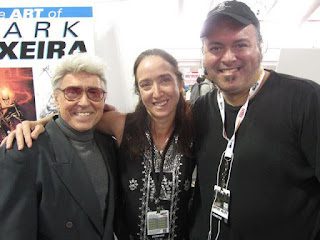 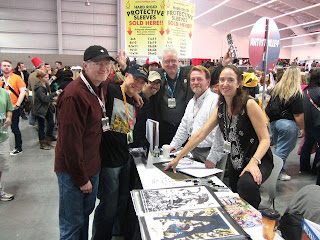 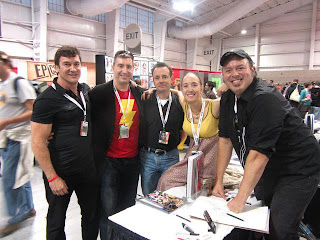 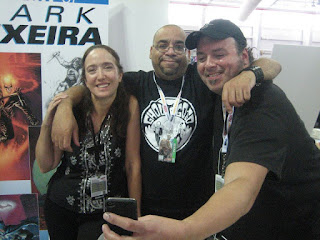 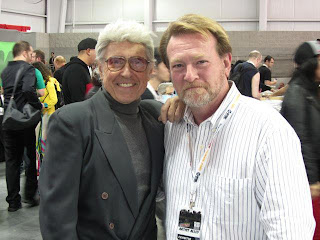 The New York Comic Con was great this year: A new room all to ourselves, great space on and behind the tables, and enthusiastic folks through the door.

Pitching up badges and getting organized was a breeze. Of course there are always a few glitches with a show this big, but they didn't come from the organization. Despite the massive crowds, it all seemed to go like clock-work.

Highlights included meeting many new fans, as well as seeing some regulars. Much thanks to those that were courteous and worked with us for signings and sketches. A few kind words and consideration for the artist and their time can go a long way. You helped make it enjoyable for both sides of the table.

Writer Jack Abramowitz also stopped by and much thanks for him highlighting our books and appearance at the NYCC by Michael Golden, myself, Mark Texeira, Dennis Calero, Matt Triano, Ric Meyers and Rodney Ramos. With our trusty assistant Constance Katsafanas on hand!

Here's a little of Jack's report:

"Renee Witterstaetter represents not only her own work but also that of Michael Golden, Mark Texeira, and many others. Her company, Little Eva Ink, produces art books and portfolios including two from Nick Cardy. 'Nick Cardy: The Artist at War' features sketches from World War II, which Witterstaetter described as “one man’s story of the war as told through his art.” 'Nick Cardy: Wit-Lash' presents a collection of Cardy’s humor work. New sketchbooks available include 'Joe Jusko: Maelstrom' and 'Michael Golden: Alchemy.' Making its debut at Comic Con, however, was 'Santa Confidential,' drawn by Chris Browne (current creator of the comic strip Hagar the Horrible) and ostensibly written by Santa Claus himself. “It’s 52 questions, one for every week of the year,” Witterstaetter explained. “These are actual questions that the kids have asked of Santa over the years so parents can read one question a week to their kids leading up to Christmas.” '

You can read the full article here:

And finally, the best thing about any show is seeing people we know and love. We had far too little time with most of them. But just reconnecting for a few moments is still grand. Even if your photo isn't here (I didn't start snapping until the last day,)  you know who you are. 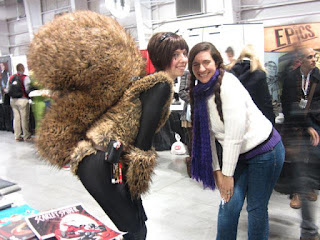 (Constance with Squirrel Girl. Bringing up the tail end.)

Alert: Artwork Stolen From Suydam Studios-- Keep an eye out!

Hi Everyone-- Arthur asked me to circulate this for him. If you have been approached by the person(s) trying to sell this stolen work, he'd appreciate hearing from you. All tips are confidential. If you have a blog or place to post this, please do to help spread the word. Best, Renee 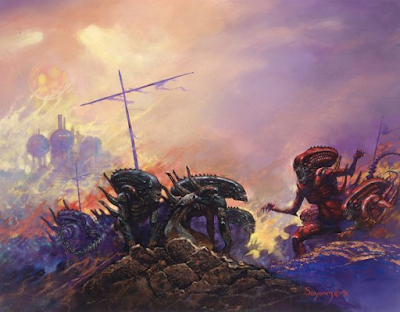 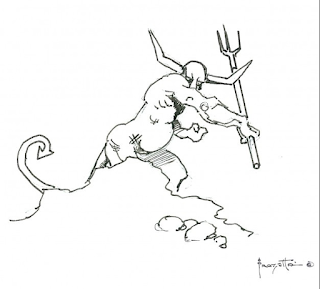 
These  artworks, among others, were  recently stolen  from  the  studio  of   artist Arthur  Suydam .  If  you  see these artworks or have any information on  their  location, please  contact Arthur at  suyd@earthlink.net,
212 475 4840.

All personal information will be kept  confidential.

Description of Two of the Pieces: