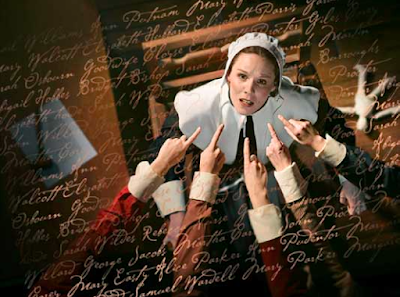 In response to the posts about the Montreal Comic Con this weekend and the table placement for artists at the show:

There has been a little turbulence due to a tweet made by an artist at the show, who had no knowledge of what occurred behind the scenes that necessitated some of us not being where we were supposed to be on the map. Not knowing what really transpired, this has led to a great deal of misinformation on the internet... as usual. Big surprise.

So, here's what happened as we witnessed it,  below.

As the booking agent for a group of artists at the convention, including Mike Zeck, Michael Golden and others:

When we arrived for set up on Thursday, there was a snafu with the table lineups for all the artists. None of the agreed table amounts were accounted for.  In order to correct the problem, everyone had to be moved.


The Montreal Comic Con, much to their credit, stepped in and found solutions for all the table placements, so that all artists had their agreed upon table amounts!

Arthur Suydam moved actually to allow fulfillment of tables for some of my group -- (he had been placed right in the middle of the two Michaels, all with inadequate space).

But hey, several people had table issues that needed to be addressed that added to the Tetris Game:  I had been placed across the room, another one of our guys had been placed even somewhere else and was incorrectly christened as "Jerry." :-)  Yanick had 3 tables, one of which was on a different row...Again, seemingly simple stuff to fix, that nobody was aware of unless they were there for set up.

Arthur then got permission to move once more due to space limitations. (The first table relocation wouldn’t work because of the size configuration— which was my fault for thinking it would— as it turned out, he needed a linear space, not an L-Shape. )


Nobody was upset....These things happen. It's a big show. You just arrive for set up. Check out your space, and  if there are problems, you ask the organizers what to do, offer suggestions, and work things out.

Later, when Arthur became aware that there was some discontent, he volunteered to do what he could with the show promoters, to make the other artists happy, when it became evident that they were not aware of the logistical moves that were made on Thursday. Several people are witness to that conversation. He even said he'd move for them.

At that point he had paid for electricity in the new approved spot  and the other artists seemed happy in their spots with added tables etc. Dan said he didn't want to move and Francis seemed fine with more tables. At least that's what they said when Arthur, myself and several other people met to discuss it with them in person. (Isn't that a novel idea.)  I didn't meet Rachel until later in the weekend, but spoke with her as well.

In Short: No changes were made without the shows knowledge and no artist made any arbitrary changes on their own.   Any artist there for set up was informed of the changes, and I'm sure others, who weren't there for set up, were told as soon as they could be told.

As Yanick suggested to me, perhaps we all should have considered a simple statement saying there were "Last minute Floor Changes necessary after the printing of the program" and that would have sufficed! It's not the first show where placements have been off, afterall!

So, in the end, NONE of us were where we were originally supposed to be on the map. But it appears that all the fans found us anyway and everyone had a great time at the event. The fans were tremendous, actually!

I can’t fault the show in any way either. They’ve been wonderful.

So, thanks to the Montreal Comic Con for their support and willingness to fix any situations that did arise. And thanks to everyone that come to see all the talent at the show.