San Diego--Artist Michael Golden will be appearing all days of the San Diego Comic Con at Booth 2101 by special arrangement with Big City Comics via Eva Ink Artist Group.

Golden's work is featured on a limited edition print just for the convention, and with a press run of only 500 copies, it's going to go fast.

The signed print will be available at Booth 2101 for $10. The Variant Comic is available signed for $20. Or get both in a fantastic show package deal for only $25.

Big City Comics is easy to find. Just look for the 12 foot video columns and Michael Golden's name across the tablecloth.

Michael will also be at Booth 2101 all days of the show sketching and signing comics, as well as offering his own prints and new sketchbook, "Michael Golden: Alchemy." Which is limited to 200 copies at the convention.

Preview night for the SDCC starts July 11th, with the biggest comics/gaming/movie/younameit show in the country continuing through July 15th. 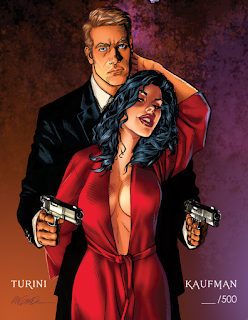 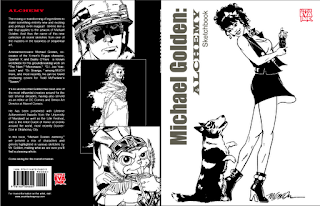