There may be a few more artists and writers added to the list at a future date. And I'll send out a separate press release on them. Right now, I am able to book the following creators for 2013 dates. 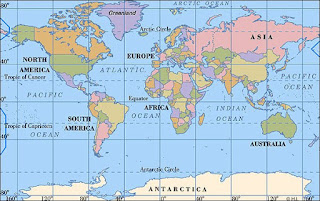 (Not every artist is available for every show, due to work schedules and such, but please inquire as soon as you know your dates. If there are shows on conflicting dates, we'll address that as well, we like to support you all!)

Currently you can find recent work on covers for Witchblade and The Lone Ranger, as well as upcoming work for The Shadow and Zenescope.

Co-creator of the X-men’s Rogue character, Spartan X and Bucky O’Hare, his groundbreaking work on “The ‘Nam,” “Micronauts,” “G.I. Joe Yearbook,” and “Dr. Strange, “ is world renowned, while being counted as one of the best cover designers and storytellers in the business.

Golden’s work can be seen on covers ranging from "Spawn" to “Nightwing”, to “Iron Man”, to “Heroes for Hire”, to “Exiles,” to  “Spiderman,” to “Hulk,” as well as numerous other titles, for about every company out there.

Michael has served as an Editor at DC Comics as well as Senior Art Director at Marvel Comics, and has worked on scores of movie production projects, some currently in development.

Joe Jusko is undoubtedly one of the best known Fantasy, Pin-Up and Comic Artists in the world today. His career has spanned over 30 years, starting with the sale of his very first cover for Heavy Metal Magazine in 1977 at the age of 17. Since graduating that year from NYC’s High School of Art & Design, Joe has worked for almost every major comic book publisher, producing hundreds of images for both covers and interiors. His work has appeared on paperback book covers, calendars, posters, t-shirts, toy packaging and innumerable trading cards, most memorably the multi award winning 1992 Marvel Masterpieces Trading Cards. The popularity of that set has been credited with initiating the painted trading card boom of the 1990’s, and led to his groundbreaking 1995 Art of Edgar Rice Burroughs trading cards. Those 125 paintings have made him the most prolific Burroughs artist ever, producing art based on almost every major book by the famed author.

Ric regularly moderates the Martial Arts movie panel at SDCC, and is available to arrange various types of programming and panels at your convention.

Rodney Ramos has been a professional comic book artist for over 15 years. He has penciled and inked work for Marvel , DC Comics, Marvel UK, Valiant , Acclaim and various other companies. He has worked on such titles as Batman. Green Lantern, Wonder Woman, 52 , Countdown ,X-Men, Spider-Man , Iron Man and the critically acclaimed Transmetropolitan.

He is currently inking high profile projects for Legendary Comics.

Fine art painter and comic illustrator, Mark Texeira has long been associated with a conflagration of characters ranging from Ghost Rider to Black Panther to Wolverine to Sabretooth to Moonknight to Punisher to....it goes on and on... His body of work over the last 30 years has been astounding.

His work has been explored and highlighted on the DVD of the “Ghost Rider” movie, the look of which he influenced. Mark was also tapped to do the movie tie-in for “Wolverine Origins,” which also seemed to be a natural!

Current work includes "Space: Punisher" which is starting this July, as a four part mini series, fully painted in that signature Texeira style.

Currently he is penciling Call of Wonderland as well as an upcoming project for Dynamite Entertainment spanning 12 issues.

Writer, editor and publisher Renee Witterstaetter is the author of "Nick Cardy: The Aritst at War," "Excess: The Art of Michael Golden," "Tex: The Art or Mark Texeira," "Nick Cardy: Wit-Lash," the children's book "Kerry and the Scary Things," and "Dying for Action: The Life and Films of Jackie Chan," among many others.

Renee began the comic phase of her career working on such titles as Superman at DC Comics and Silver Surfer, Conan The Barbarian and Conan Saga at Marvel, then going on to spearhead the reintroduction of She-Hulk at Marvel as well. She then moved to Topps Comics where she was the editor on "X-Files," "Jurassic Park," "Xena" and "Hercules" and is the co-creator of "Spartan X" which will be made into a trade paperback this year. She has also worked in film production on such movies as "Rush Hour 2," "Red Dragon," and many more.

In addition, she is  colorist on hundreds of comics from "The Avengers" to "Spider-man" to "Captain America" among many, many more.

As mentioned, more talent may be added later, but if you are interested in booking any of the above folks for your shows, let me know, and I will get back to you about who is available for what.

For our stores and conventions in Europe, looking forward to hearing from you as well, as we start to plan a Spring Tour for Eva Ink Artist Group.


You can e-mail me at:  Evaink@aol.com for more information.