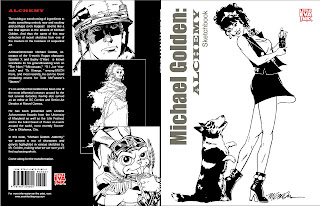 San Diego-- Michael Golden provides a little gold at the SDCC this year with the debut of his new sketchbook, "Michael Golden: Alchemy."

He will have only 150 SDCC signed and number copies of the book available at the show--Booth 2101-- Big City Comics.  Get these special editions while supplies last.

Michael will be at Booth 2101 throughout the weekend signing comics, and offering prints and other items, including a limited edition print for Big City Comics as well as variant cover.