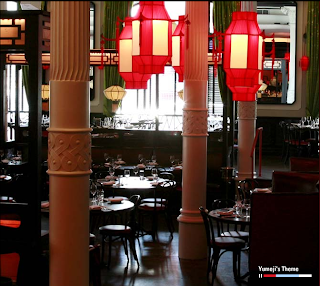 Eggs Rolls Deliver, But Dim Sum is Dim and then Some 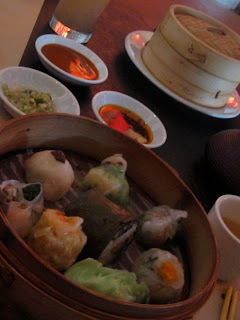 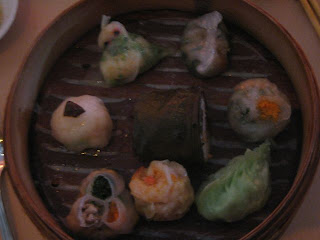 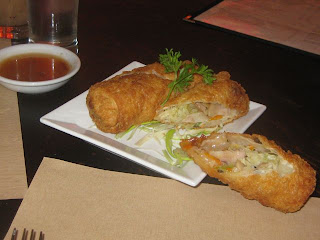 It dawned on me yesterday that I live in one of the greatest cities in the world, and due to work, it appears sometimes that I spend most of my working hours trying to figure out some way to get out of it!

The urge to see something new and eat something different is eternally strong in all of us I think. But one of the most wonderful things about living in Manhattan is that you can walk a few blocks and be in a whole new world without having to go through airport security and flight hibernation.

That's right Dorothy, just click your heels three times and let's see where we end up!

On a sunny, and welcome, Spring-like day in April, my friend Ric called with an invite to click our heels and do just that, and I said "Why not!"

The destination: Chinatown Brasserie in the East Village. Located at 380 Lafayette.

Now, my first clue should have been that "Hey, it's not in Chinatown at all," unless the expanse from Canal is moving quicker than I thought. Indeed, it's between my beloved East Village, and that street known as Houston. (Which is pronounced "HOW-ston" up here. Totally alien to us transplanted Texans who inevitably want to call it "HUE-ston.")

After taking a walk through Tompkins Square Park, being waylaid by the joyful dog run, and losing track of time therein, I was woefully late for my meeting with Ric, and a little in a flurry because of it. That, and I thought the text from him said 300 Lafayette instead of 380. Oh well....

But never to fear, the decor of Chinatown Brasserie puts one immediately at ease. At least it did me.

In a second of walking through the doors, I felt as if some time machine, transporter, or yes, click of the heels, had somehow dropped me smack dab in a Hong Kong tea house from the 1920's.

Curtains cover the windows, bathing the room in a soft light, and adding to the illusion. Carved wood and rich tones highlight the decor. Nothing gold lame or gaudy here, this is classic Chinese. Why even the ladies room was something to behold, with vintage shouting out right down from the water closets to the faucets.

It was a dream, really, and made me long for the Hong Kong I know. Yes... tearooms like this exist if you know where to look for them in that wonderful, vibrant and fascinating city.

So, yes, review hat back on: The decor in this establishment is top notch. I wish I could say the same for the food.

I understand that the idea of having this pseudo dim sum place in the East Village is to make Chinese food up-scale. And the prices reflect that.

FYI: These are NOT Chinatown prices. But then again, I didn't really expect them to be. This was haute cusine I was told, so I perused the menu and made my choices. Hoping the taste would justify the cost.

Ric ordered the Classic Egg Rolls (2 for $7). I ordered the Steamed Pork Buns (4 for $8). And we both ordered the Dim Sum price fixed menu for $17. And a few non-alcoholic drinks, as well as Jasmine tea.

I'll start with the negative, okay. The dim sum was terrible.

I understand wanting to make Dim Sum fancy. I guess...It's long had a bad name, even though it's one of my favorite meals ever. But the dim sum basket we received, was so tiny in size as to be laughable at the price of $17. Each piece was about 1/2 the size of what you'd get in Chinatown. And, okay... I could have dealt with that, but the pieces were tuff, overcooked and flavorless. Albeit elegantly designed. The selection of sauces on the side was the only thing that saved them, and in truth, I couldn't wait to put each beautiful looking, trussed up, manipulated "art piece" in something to give it some character. The steamed pork buns-- usually my favorites-- tasted fine, but again, they were served in Barbie sized portions!

I found myself looking under the table for the rest of the food!

Okay. What did Chinatown Brasserie do right?

Some things for sure. First of all: NO MSG! Also, the waiter allowed us to make our own drink combination of Kiwi, Lychee nut and lemonade. It was light, refreshing, and not too tart. And I kid you not when I say that the Classic Egg Rolls, even at a hefty $7, were THE best eggs rolls I've ever had in my life. They were melt-in-your-mouth perfectly done goodness!

What the place has really done right is capturing the feeling and the decor of old Hong Kong, though. So, you can't lose putting on your best silk, sitting in the elegant bar and having a glass or wine with one or two appetizers-- especially the egg rolls.

After "eating," Ric and I walked the seven blocks to Chinatown on the way to one of the few shops still selling non-bootleg HK movies, and stopped first at a bakery--I think it was called "The Beautiful Bakery" or something like that-- where I purchased a steamed bun with red bean and Ric had the steamed bun with custard. They were huge, flavorful and steaming fresh! The cost $2. for both.

Now THAT was some dim sum.

Email ThisBlogThis!Share to TwitterShare to FacebookShare to Pinterest
Labels: a review, Chinatown Brasserie