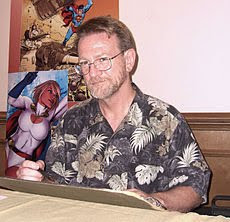 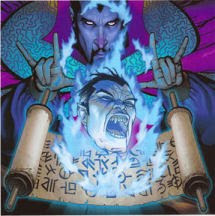 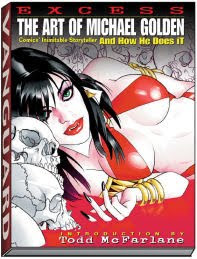 I am particularly looking forward to Wizard World New Orleans in a few weeks, returning to a city that meant so much to me when I was growing up. Each summer, my family made the 8 hour trek from Texarkana to NOLA, to spend a few weeks with my Father's sister, Aunt Margaret. She was as big as life and the best Cajun cook ever, and I loved her dearly. It's been some years now since I've been in NO. I think the last time was for the World Sci-Fi convention several decades past.Far too long, and the hankering for cafe au lait and beignets, gumbo, red beans and rice, po-boys...yum... is getting too hard to resist! :-)

Hope some of you will come down and join in the celebration for the first ever Wizard New Orleans. New Orleans is one of the most unique cities and the United States, and if you haven't been there, you don't know what you are missing!
--Renee
:-)

New Orleans--The Paris of the South, The Big Easy, The Crescent City! Vampire Central! --New Orleans is known by many names... so let's add host city of Louisiana's biggest comic-con to 'em, as Wizard New Orleans makes a riotous debut in just a few weeks!

To make the event even more festive, renowned artist Michael Golden has been tapped by the folks at Wizard World to provide a limited VIP print for attendees at the show! Limited to 1,000 copies!

Michael first broke onto the comic scene working on such DC Comics titles as Mister Miracle and Batman Family. In 1978, he made a splash with his work on The Micronauts. He drew a number of Marvel series throughout the 1970s and 1980s, including Doctor Strange, She-Hulk, the Howard the Duck black-and-white comics magazine, and the highly lauded, The 'Nam, as well as G.I. Joe, ROM, Nomad, and The Saga of Crystar, Vigilante, Wonder Woman and far too much to mention here!

As a artist/writer/creator Michael Golden, is co-creator of the X-men's Rogue character, Spartan X and Bucky O'Hare" and is known worldwide for his groundbreaking story work, and is counted as one of the best cover designers and storytellers in the business.


"....unless you can actually draw yourself, it is very difficult to understand the exact mind-blowing impossibility of what he does," said writer/artist Larry Hama, of Golden's work.

Recent books covering the colorful life and amazing art of Michael Golden include a Manga version of the "Bucky O'Hare" series, created with Hama, as well as the top selling art retrospective "Excess: The Art of Michael Golden," written by Renee Witterstaetter, which sold out and has gone into a second printing, as well as his recent sketchbook "Heroes and Villains," and the just released NEW sketchbook, "MORE Heroes and Villains." In addition, Woodcrest Productions/Eva Ink has also just released a two part candid DVD on Michael and his career, entitled "Creator Chronicles: Michael Golden," featuring an extensive interview and tutorial with the creator.

Michael has served as an Editor at DC Comics as well as Senior Art Director at Marvel Comics, and has worked on scores of movie production projects, some currently in development. His art has been the focus of gallery shows in places as diverse as Gijon, Barcelona, New York, Antwerp and Brussels, while his class on storytelling has been conducted from Spain to Brussels to France to Canada to the United States... and most recently China.

Be looking for future projects as well, including the upcoming "Spartan X Trade paperback!" And Michael's work on "Spawn 200."As well as some secret projects for IDW and DC Comics.

As part of the celebration for Wizard New Orleans, the special 11x17 print by Michael Golden will be available at his table in artist alley both days of the show! Just present your VIP badge. Remember: Limited to only 1,000 copies!! So don't delay getting those VIP passes, ya'll.

So, Laisse les bon temps rouler, and see you at the show!


For more information on Wizard New Orleans, go to: www.wizardworld.com