We love this show and love the folks that run it. Hope you'll come by and see us all. Golden, Steve Scott and myself will be there for Eva Ink Artist Group, and we'll also have some of our associates, Joe Jusko and Rodney Ramos joining us. It's shaping up to be a fantastic show!! And if you are interested in being on anyone's commission list, please let me know at: evaink@aol.com 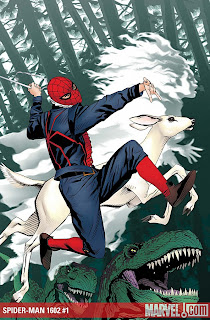 Michael Golden and Eva Ink Artist Group "Im-print" at Virginia ComiCon!
Golden, Scott, Jusko and Ramos round out the Roaster!

Richmond, VA-- The Biggest Comic Convention in Virginia, the Virginia ComiCon is coming up this weekend! And there is going to be a special Michael Golden print to mark the occasion!

Eva Ink Artist Group will be at the show en force with legendary artist and creator Michael Golden. Michael is known for his groundbreaking work on such books as “The’Nam,” “G.I. Joe,” “Doctor Strange,” “The Micronuats,” and much more. And currently Golden is working on “Spawn 200” with Todd McFarlane, as well as a few other special books in the works with IDW and more. Michael will have copies of his new book “Michael Golden: MORE Heroes and Villains” at the show, in addition to other books , DVD's and prints. Golden will be signing and sketching both days of the show.

Artist Steve Scott, fresh off his successful “Batman Confidential” gig for DC Comics, will have copies of his sketchbook “Steve Scott Sketches” as well as some new prints he’ll be debuting in Virginia for the occasion. Steve’s work has recently graced issues of “X-Men Forever,” “Green Lantern”-- special projects, and also includes amazing work on Hulk, Indiana Jones, and production work for “Smallville” as well. Steve will be signing and sketching both days of the show.

Writer and color artist Renee Witterstaetter will also be on hand to sign copies of her books “Excess: The Art of Michael Golden,” “Tex: The Art of Mark Texeira,” “Dying for Action—The Life and Films of Jackie Chan,” “Spartan X,” and her new book “Kerry and the Scary Things.”

Also joining the convention is fine art painter supreme, Joe Jusko, who is also the subject of two new Eva Ink Publishing sketchbooks, the first one hitting stands now--“Joe Jusko: Savage Beauty.” Copies of the book will be available at the show while supplies last. Joe is know for his beautiful cover work featuring Marvel, DC and Edgar Rice Burroughs characters, and much more, including beautifully painted Lara Croft sequential pages, and creation of the comic book series "Cops: The Job." With a legacy too lengthy to even mention here, Joe will be signing and sketching at the show both days.

Renowned inker and illustrator Rodney Ramos, will be joining the group as well in his first ever appearance in Virginia! Rodney will have a plethora of pages and prints available for the Virginia ComiCon. And will be sketching and signing as well. Rodney has worked for every major comic book company out there, on their most prominent characters. If you collect comics, you have a hundred of his works in your collection, no doubt. Don't miss his first appearance at the VA ComiCon!

For more information or to book a sketch with the featured artists above, contact Renee Witterstaetter at: evaink@aol.com

For more information on the VA ComiCon, go to: vacomicon.com


(Above: A pilgrim Spidey piece from Michael Golden for "Spiderman 1602." Just reminded me of Virginia for some reason.--R.)
Posted by Eva Ink Artist Group / Pros and Cons Celebrity Booking / HappySpacePOPCon.com at 6:55 PM