For all of our convention organizers out there, in 2019, we are offering a unique opportunity to have all three of our "Secret Wars" creators at your event.

A wonderful programming  event to focus on one of the most influential series in comic books!  And surely where the current Marvel movies are heading, no?

Mike Zeck, John Beatty and Jim Shooter can be booked separately OR as a Dynamic Trio. 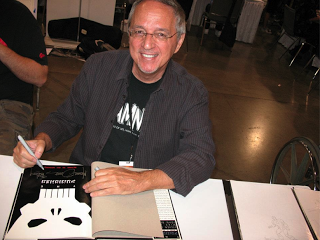 When discussing comics heavy hitter, Mike Zeck, you'd have to argue which is his most influential work, or which is most deeply embossed on our pop culture.

His series "Kraven's Last Hunt," took Spider-man to a whole new level and has been voted by readers as the "Greatest Spider-Man story ever told." His subsequent work on the Punisher  with "Cricle of Blood," cemented him as one of the THE artists for the character, while the series "Secret Wars," set comic book readership on their ears, and heralded Zeck's creation of the black and white Spider-Man costume, still around as the attire of the super-villain, Venom. His work on Captain American also stands out as some of the most influential in the industry, and iconic images of this and other characters such as Superman and Batman, are etched in comic history.

In fact, Zeck images are featured on Marvel merchandising ad nauseam year after year, evidence of his enduring popularity. It's hard not to notice all those "Secret Wars" t-shirts!

Recent books on Mike include "Raw Fury: The Art of Mike Zeck," while Zeck's  series with writer Steven Grant (creator of the hit movie "Two Guns"), "Damned," was released in a recent volume by IDW Publishing, which has also just released a deluxe volume of Mike's classic Marvel covers.

Programming Notes: Note that Mike will be doing very limited appearances, and certain conditions apply. Please contact me for details. 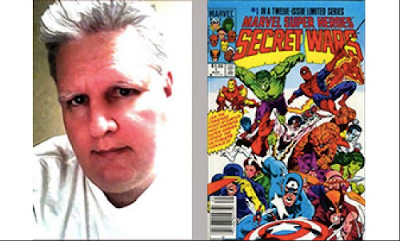 
John Beatty is a veteran comic book artist, best know for his inking work for both Marvel and DC Comics.


Developing into one of the industries top inkers over his career, Beatty has worked with top pencil artists, such as Mike Zeck, Kelley Jones and Michael Golden.


Working on almost every major comic character in the industry at one time or another.


Titles best known for include many fan favorites such as: Marvel Super Heroes “Secret Wars”, Captain America, The Punisher, Thanos Quest and many Batman projects, including a highly regarded fan favorite 3 year run on the monthly “Batman” book.


Being picked or picking titles and peers to work with carefully and with cause, many of these series still remain highly regarded and collectable in today's current comic culture.


Jim Shooter started writing Superman and other titles for DC Comics at the age of 13 in 1965.  He worked his way through high school writing stories, laying out pages and designing covers.

Programming Notes:  Jim has certain booking conditions and is open to doing numerous panels, including two that he always brings to the table.