Setting up Our Lemonade Stand: Store Signing in Costa Rica, 2014 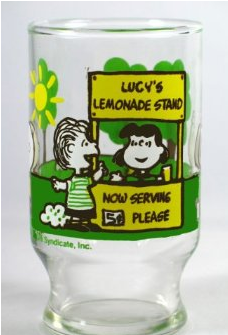 In a way, we were channeling Lucy from "Peanuts" this weekend. (Of course you are probably wondering why? And of course I will tell you...in good time.)

But first, some back story: Whenever I'm going to a convention or a book store signing, sometimes all the elements-- the "what ifs" that could go wrong and don't,  or DO and you fix them, all the choreography that falls into place--  it comes together, and you feel like you are in a zone where the moment has stopped, and you are fully there for whatever period of time it lasts.

I think it's rather a zen feeling, where the phones are off, the TV's are off, and people are communicating in real time...windows open... a breeze coming in...perhaps the faint sound of a parrot in the background. The focus is pin point and full of positive energy.

Yup...technology to me is a blessing and a curse.

The curse part: The need of many to constantly check a text or email  to see where they are going to be 10 minutes from now, instead of looking at where they are now… a plague of our modern society. 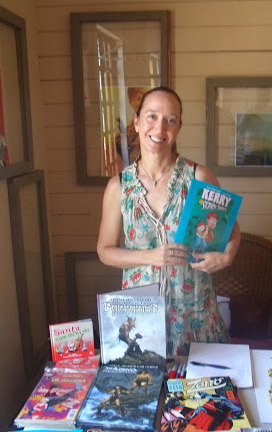 (Signing at BOOM in San Jose.)

The blessing part: I would have never learned of the BOOM shop in Costa Rica or set up a signing with them, if not for technology and instant communication.  So in that way, it opens up our world, broadens our experiences.

I certainly felt the blessing part at BOOM  this week, when I was invited to take part in this signing (Sadly during their last few weeks of operation. More on that later.)

The event was warm and welcoming, the fans lovely and enthusiastic, the hosts--Troy and Gio gracious, and the type of folks you feel like you've known forever the moment you meet them. And Roy who works there, and was just amazing helping us out.

Also coming over from the states for the weekend, was artist/writer Arthur Suydam-- so popular here for his "Marvel Zombies," his new book with George Romero, and "Army of Darkness" work, etc. etc.-- and we both sat there from Noon to almost 9 PM, with a constant line of folks coming up the wooden stairs of the 100+ year old-- no doubt storied-- structure that houses the store, with stacks of books and prints to sign. 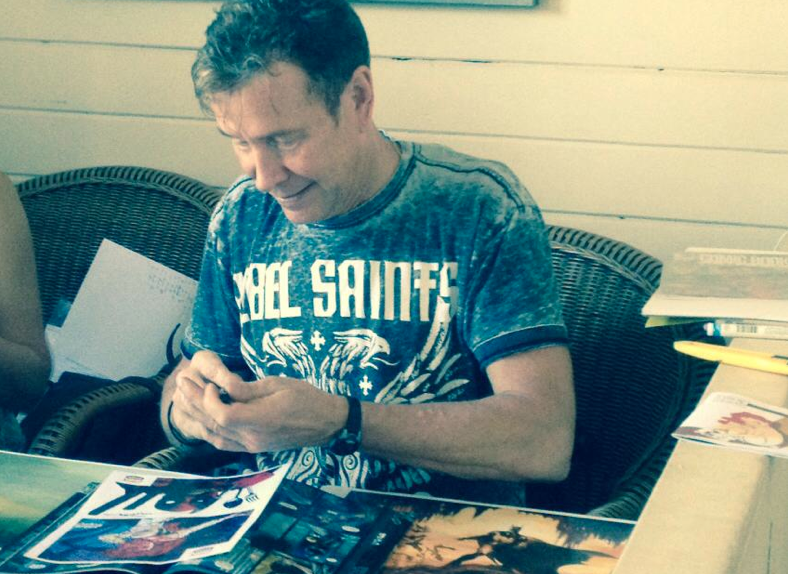 I know that I saw comics from the beginning of my career that I almost never get at signings in the US, AND in perfect condition. (Most have aged better than I, I daresay!), and it was gratifying to have folks ask questions, and be sincerely interested in comics, editing, storytelling and art, AND for my part, to be able to talk to them in such a casual and comfortable atmosphere. 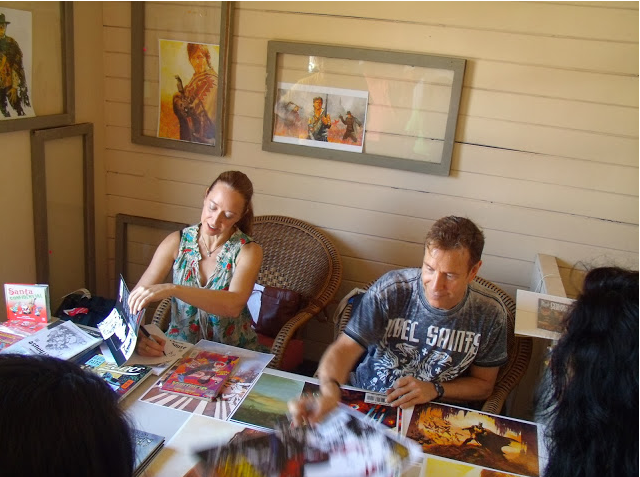 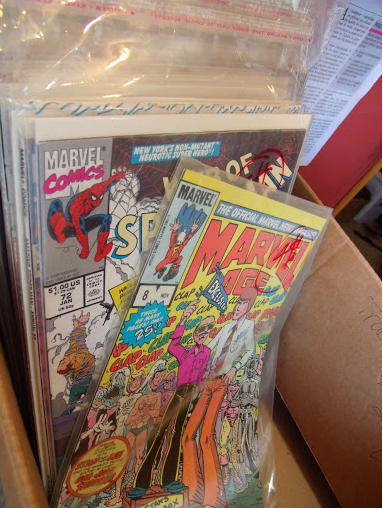 Speaking of art, I looked at a few portfolios of local folks at the store, and there is some great talent in Costa Rica--Carlos Salazar, Fran Delgado, Douglas Campos Ocampo, John Timms! You'll hear more from these folks, I know!

And now the Lucy part:

As mentioned, soon BOOM in Costa Rica at least, will be no more. There are several reasons--and the move was already in the works-- but the exclamation point was the real kicker: A few days before our signing, the store was robbed, and Troy and Gio almost had to cancel the event. After talking about it, we/they decided to forge ahead and create something positive from a negative. Much to their credit!

Soon, they will be relocating to the US, but leaving behind a legacy that has inspired many artists and readers in Costa Rica! I remember the little boy, Ariel, wearing his Hulk shirt, and so knowledgeable in comics, watching intently as Arthur signed his books; the school teacher who uses comics to stir the imaginations of her students and foster creativity that might last a lifetime; the artists, and their enthusiasm and love of the medium; all the customers who came in with their stacks of books, that before BOOM were probably almost impossible to get in Costa Rica!

You see, the fact that BOOM existed is a miracle unto itself to begin with-- a place where break-ins such as theirs have sadly become common (something we all hope will change), not to mention that there are no true street addresses and tricky customs to boot, both of which make it almost impossible to bring goods in and do business as usual.  etc. 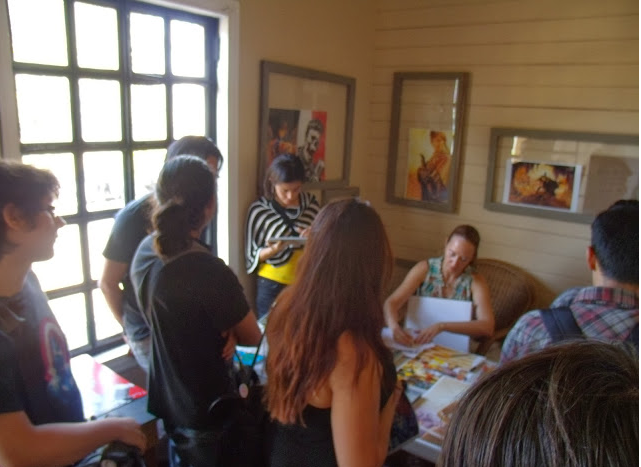 (At BOOM! Signing away.)

(I'm totally serious! I have a dentist in CR that I visit every year. His address is literally "Sabana Park, 500 meters from the McDonald's."  LOL  If the Mickey D's ever goes out of business, there go his business cards!) 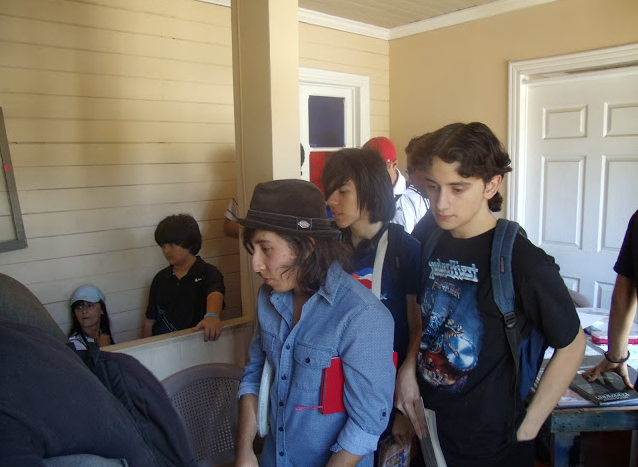 (Line going down the stairwell, in this amazing 100+ year old building that houses the store.) 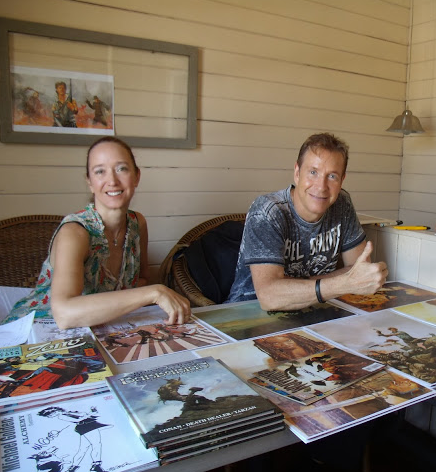 So, I applaud BOOM--Troy and Gio-- and how they were able to create this little world and so much that is positive, and so much that will last in the minds of the people that they have touched. (I hear that when they announced the store would be closing, their clients started a Facebook group to keep them open! They know something special is reaching a final chapter. They don't want to let it go.)

I hope someone will step up and fill the void. They can. Perhaps they will. And I hope for more Troy's and Gio's in so many other countries as well. They are so important for the sense of community that they provide. Pioneers, despite the difficulties...

So, in short, life threw our friends in CR some lemons this past week--by virtue of people not worth dwelling on for too long--but not only did they make lemonade, we set up a whole dang lemonade store for the whole dang day!

And suffice to say, I'm happy that I was invited to share in this special moment that stood still. It was a pleasure.

PS: And if anyone is interested, we can also dispense advice for .5 cents a minute, as well. ;-)