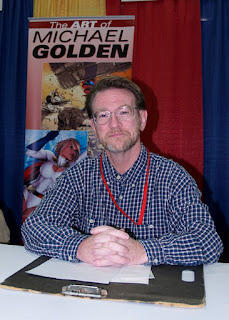 You can vote for Michael through May 31st here:

Voting is open until May 31st. And if you are a fan of comics, hey you can vote. One person. One Vote. You WILL count!

Michael's work has appeared on the covers of "Spawn" within the last year, as well as many other "frontage" offerings on your local comic book stand.

Here's a litte more info on the infamous Mr. G. and his amazing work:

Artist/writer/creator Michael Golden, co-creator of the X-men's Rogue character, Spartan X and Bucky O'Hare, is known worldwide for his groundbreaking work on "Star Wars," "The 'Nam," "Micronauts,"  "G.I. Joe Yearbook," and  "Dr. Strange, " among MUCH more, and is counted as one of the best cover designers and storytellers in the business.

Golden's work can be seen on covers ranging from "Nightwing", to "Iron Man", to "Heroes for Hire", to "Exiles," to "Demon's Regret," to "Spiderman," to "Hulk," as well as numerous other titles, for about every company out there ... including a few secret projects for IDW and others coming to you this year in 2012. 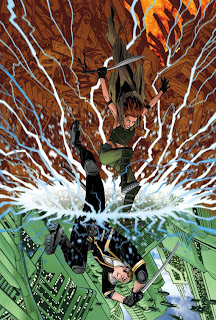 Recent books covering the colorful life and amazing art of Michael Golden include a Manga version of the "Bucky O'Hare" series, created with Hama, as well as the top selling art retrospective "Excess: The Art of Michael Golden," written by Renee Witterstaetter, which sold out and has gone into a second printing, as well as his recent sketchbooks "Heroes and Villains," and "MORE Heroes and Villains."   In addition, Woodcrest Productions/Eva Ink has also released a two part candid DVD on Michael and his career, entitled "Creator Chronicles: Michael Golden," featuring an extensive interview and tutorial with the creator. Upcoming sketchbooks include "Alchemy" and "Dangerous Curves." 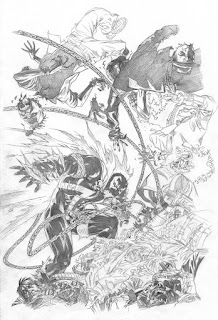 Michael has served as an Editor at DC Comics as well as Senior Art Director at Marvel Comics, and has worked on scores of movie production projects, some currently in development. His art has been the focus of gallery shows in places as diverse as Gijon, Barcelona, New York, Antwerp and Brussels, while his class on storytelling has been conducted from Spain to Brussels to France to Canada to the United States... and most recently China.