My First Comics in the Forbidden Lair! 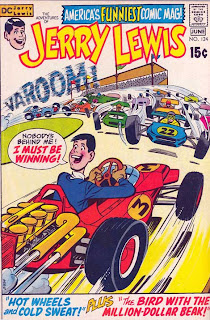 Scoop had this article on Feedback this week and I have to say it was very nostalgic to me. And ironically, I was just talking about these very comics in my recent presentation in Gijon, Spain last week...
When I was a kid, around 6 or 7, my brothers were the ones who had all the good books in their room. Sure, I had all the hand me down Dr. Seuss and "Never Tease a Weasel" tomes. I have fond memories of reading "Horton Hears a Who," and the one about the town that gets covered in green goo!? Which one was that? Sort of demented when you read it as an adult.
Anyway....my brothers Robbie and Ray had the room down the hall in our one story house in Wake Village, and THAT was the forbidden lair. So, of course it was also the most interesting room in the house. Like all bad little sisters--especially the ones with the tomboy bent, I would devise ways to get in (but hey, not like they didn't do the same to my room, ya know.) Many a time, G.I. Joe (the one with the real stubbly beard, I believe with red hair in this case) would disappear to go and take Barbie to a dance or vie with Ken in some way. Several times Barbie would be in the army and go on wild jungle adventures in the the Joe's green military tank. Forget that pink car! Many a Doc Savage book would somehow find it's way into my room as well....some of my favorite books were the Wild West magazines that my brother Robbie collected, full of morbid true tales and grizzly after death photos of gunfighters, cattle rustlers and accounts of hardships on the wild frontier.
The forbidden lair is also where I discovered my first comic books. Stuck down in the bottom of the closet in a neat little pile, I distinctly remember one--a Jerry Lewis comic from DC....I don't remember the cover--I think it had a pig in love with Jerry on it--and I'm not saying they were great comic literature, but they sparked my imagination even then. The story featured Lewis stuck out on a Hillbilly farm somewhere and being chased around by the farmer's daughter too, along with threats of a shotgun wedding... of course!
I also remember the other comic I found that day. It didn't have a cover, and was battered and torn by multiple readings-- it was about some guy named Peter that was meeting some girl named Mary Jane for the first time.... and calling him Tiger for some reason...I knew it was sexy too, even though I didn't know the word back then.
Wonder what happened to all of these comics and magazines and books....I really don't know! Perhaps still put away in our time capsule old toy box where all retired soldiers and ponies also eventually went. We'll look someday...
Looking back, it's interesting to me now, how a chance meeting with a story led to a life of working in an industry that I very much love, giving me the opportunity to meet and work with some amazing talents. In some ways it also led to my own career as a writer and publisher outside of comics as well, and to my desire to work in storytelling for film too!
It also reminds me of some marvelous days when we had such diversity in subject matter--comics for all ages...something we are lacking now and to the detriment of the industry, I feel. And something to think about..
Whatever it was about that comic, it got me wanting to read more. Not only comics but books too. Anything I could get my hands on!! And for that, thanks DC and Marvel.
One door leads to another...or perhaps one book leads to another.
Both apply.
_________________
Jerry Lewis and Dean Martin in comics!
Dean Martin and Jerry Lewis stormed stages, televisions, phonographs and movies on their way into the hearts of a very adoring public. After initial successes as solo performers, they began working together as an act in January 1947,though they had been on the same bill several times previously by that point. With their music, comedy and lively banter, they quickly became in demand for radio shows and eventually television. This lead to 16 movies, as well as licensed products such as puppets, note pads and many other items. It's difficult today to understand just how popular they were, but they could sell out large venues for weeks, make the girls scream with delight, and make America laugh. But did you know that the comedic reign of Martin and Lewis extended to comic books?
The Adventures of Dean Martin and Jerry Lewis was published by DC Comics (then National Periodical Publications) for 40 issues from July-August 1952 until October 1957, the year after the duo actually ended the act. The comic, of course, tried to capture the humor and camaraderie that they exuded in their on-stage personas.
In fact, that might have been the real part of the act that people fell in love with, and that would go a long way to explain the decades-long fascination with their split. The subject of endless speculation and even a fairly recent TV movie, the journey of Martin and Lewis has been highly documented by entertainment writers, but perhaps only they know why they only appeared together in public three times after their 1956 split. Dean Martin passed away December 25, 1995. The comic book changed its title to The Adventures of Jerry Lewis beginning with #41 and
Posted by Eva Ink Artist Group / Pros and Cons Celebrity Booking / HappySpacePOPCon.com at 2:34 AM