If his name wasn’t Jesse Blaze Snider, we’d have to call him Galactus because nobody we know has successfully juggled so many world’s as expertly as this talented man!
Actor, singer, TV host, comic book writer, voiceover talent— with Jesse  you get it ALL— and then some— rolled into ONE guest! (And he's not nearly as evil as that villain fella either.)
In fact, once you meet Jesse at his table or hear him on stage at one of the many panels he likes to participate in and host during his conventions appearances, you’ll know THAT VOICE.
Jesse’s plethora of voiceover work and TV appearances span the worlds of animation, television, gaming, promos (Teenage Mutant Ninja Turtles), and commercials!
As a skilled vocalist & voice actor, Jesse developed early on the ability to dramatically change vocal texture and convincingly portray many regional & international accents. Maybe inheriting some of that talent from his father, Dee Snider of Twisted Sister fame.  (Fun Fact: Jesse did EIGHT characters for the Final Fantasy game!)
It’s his  “Voice” that is one of the most recognizable of the Millennial generation— as the front man for brands like Kia Motors, Playstation, Pizza Hut , Gamestop, Cheetos, Burger King, McDonalds...
And sticking with the food theme, pretty much everyone knows Jesse’s narrator voice from his long stints with “Food Paradise” (Travel Channel) and let’s throw in a little history to boot, “Trashopolis” and the wildly popular “Museum Secrets” both on Smithsonian Channel.
In the world of animation  his voiceover work includes the part of Judge Sydney on “Judge Dredd: Super Fiend,” Dane and Eric in  “Burma Rising,” among others.  And in the world of video games he’s portrayed multiple characters in “Final Fantasy XIV,” and “Call of Duty: Advanced Warfare.”
As an on camera host/persoanality, Jesse was LIVE alongside the Tennessee Wratih Chasers hosting “Haunted Live” for Travel Channel. While other appearances include “MTV2 Rock,”  “MTV2 Rock Countdown,” and many more. Including being the live host for the Spike TV Video Game Awards (VGAs).
Additionally, he has made notable appearances on reality TV alongside his famous family, featured prominently on “Growing up Twisted,” “Celebrity Wife Swap,” “MTV’s Ultra Sound,” “Meet the Sniders,” and performing live for millions on the reality singing competition, “Rock the Cradle,” where he stole the show.
But you want someone with Comic Book credits too?  You go it!
Jesse has written for almost every major and indy publisher, Marvel, DC, Disney/Pixar, The Muppets, Image Comics, Heavy Metal, Chaos Comics, the list goes on. Some of Jesse’s writing can be found in an forthcoming “Batman: April Fool’s Special,” “Dead Romeo GN,” “Disney*Pixar’s Toy Story,” “Muppet Snow White,” “Hulk: Let the Battle Begin,” “Deadpool: Fun with Ninjas,” “Black Light District: 6issues ONE-SHOT,” “CBGB: OMFUG,” “Dee Snider’s Strangeland: Seven Sins,” “Evil Ernie: Origin of Evil,” “Food Fight” with Steve Kurth in “Soft Wood #1” and his creator owned “King of Kings.”
Other credits include voicing all the commercials for “Once” on Broadway (2008-2013) and being "the voice” for the New York Metropolitan Opera, as well as lead singer for BXF, Black Light District (the band), The Slip and various solo musical endeavors.
Look for Jesse at a show near you, or book him for your event, and witness firsthand how he does what even the aforementioned Galactus can’t do: Create these worlds for you… and then roll them all into one!

For more information and for bookings contact Renee at: evaink@aol.com 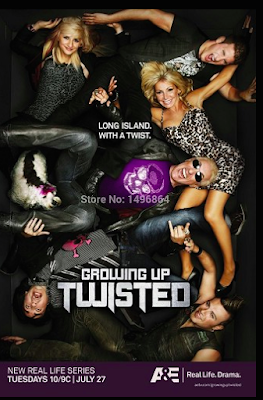