New Orleans-- If we are to learn a lesson from the art of cooking Gumbo, it's that when you add a bunch of seemingly different, but complimentary, elements together, the melange turns into something extremely wonderful and indescribable. With that in mind, get ready to savor the second annual Wizard World New Orleans convention-- at which we are please to be adding several key ingredients from Eva Ink Artist Group: Michael Golden and Mark Texeira.

What would a New Orleans convention be without a little spice?! 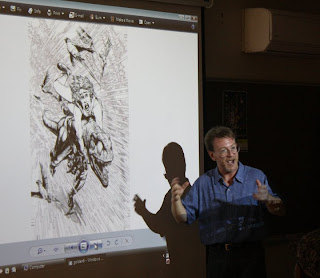 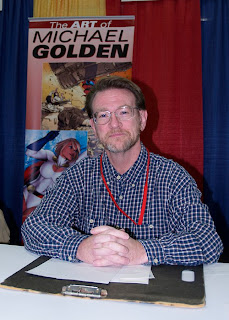 Michael Golden is a legendary comic book creator who is known for his work on "The 'Nam," "G. I. Joe," "Star Wars," "Doctor Strange," and much more. He has worked in toy design, game design and development of intellectual properties for all forms of media. Currently he is the cover artist for "Spawn."

Michael will be teaching his class "Storytelling with Michael Golden: Taking your Ideas to the next level" at Wizard this year on Saturday. This is always a popular event, so don't miss it!

For the duration of the show, Golden will be located in artist alley, signing his books such as "Michael Golden: MORE Heroes and Villains," "Excess: The Art of Michael Golden," "Bucky O'Hare," prints and much more.

Several new Michael Golden Sketchbooks are in the works, fyi, including the softcover "Michael Golden: Alchemy" and "Dangerous Curves." 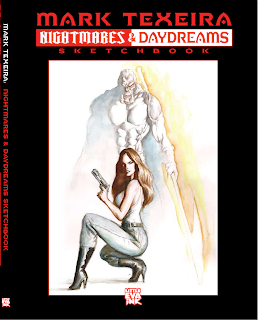 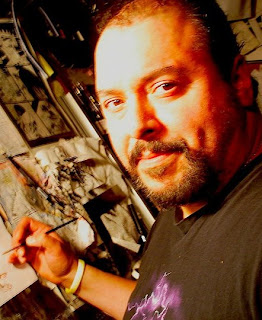 Illustrator and fine art painter, Mark Texeira is also making a return to New Orleans. Known for his work on "Ghost Rider," "Black Panther," "Wolverine" "Punisher," and numerous Marvel characters, you'll want to get on his sketchiest early. It always fills up!

Mark will have prints at the convention, and his books "Mark Texeira: Nightmares & Daydreams," and "Tex: The Art of Mark Texeira, prints, and other items at his booth in artist alley.

Mark too will have a new softcover sketchbook later this year. FYI, all sketchbooks are limited to just 1,000 copies, so it's always only as supplies last.

And finally with the Eva Ink contingent, Renee Witterstaetter will have her books available, including "Kerry and the Scary Things," "Nick Cardy: The Artist at War," "Joe Jusko: Savage Beauty," and additional items.

Gumbo Ya Ya! Literally translated as everyone talking at once at a big party…. Yup, that about describes it.! So come join the party, and get some Gumbo (both kinds) of your own.

For more information on Wizard World New Orleans, and how to become a "Shatner VIP," go to: www.wizardworldcomiccon. com
Posted by Eva Ink Artist Group / Pros and Cons Celebrity Booking / HappySpacePOPCon.com at 1:12 PM