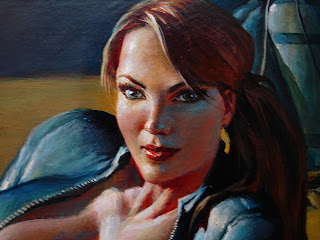 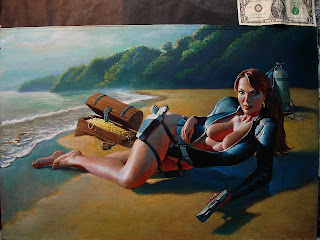 While we continue to accept orders for convention sketches, a rare opportunity is at hand: We are opening the painting commission list for artist Mark Texeira.

As you probably know, we only accept two painting commissions at a time, and don't open the list until those two are completed.

On painting commissions, I now accept 1/2 up front and the second half upon completion. Payments can be made via paypal or credit card (adding 3%). Checks and money orders are also great, of course. Shipping to be determined.

Here's a little about Mark:

Fine art painter and comic illustrator, Mark Texeira has long been associated with a conflagration of characters ranging from Ghost Rider to Black Panther to Wolverine to Sabertooth to Moonknight to Punisher to....it goes on and on...

His work has been explored and highlighted on the DVD of the "Ghost Rider" movie, the look of which he influenced. Mark was also tapped to do the movie tie-in for "Wolverine Origins," which also seemed to be a natural!

Mark studied with painters Max Ginsburg and Irwin Greenberg, and was granted the Presidential Scholarship at S.V.A. He then continued to work on his craft by studying under portrait painter David Leffel at the Art Students League. It wasn't long before Mark won mentions at the Salmagundi Club and Society of Illustrators for his oil paintings, which sparked interest and work in the form of cover assignments for books, magazines and record albums involving such properties as Remo Williams, Buckaroo Banzai and Public Enemy.

You can find Texeira's interiors currently on Ghost Rider, MoonKnight, Wolverine Origins and the an upcoming, highly anticipated Punisher mini-series, all showcasing the signature Texeira style.

The list will not be open for long. And again only two painting orders will be accepted.