Happy Anniversary to the Baltimore Comic-Con! 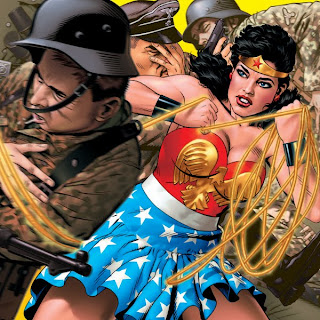 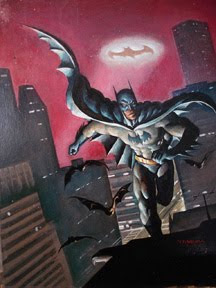 Baltimore, MD-- Happy Anniversary to the Baltimore Comic-con, as this weekend, one of our favorite shows celebrates it's 11th year of bringing the comic book industry to the Baltimore/Washington area!! And joining the celebration, and the throng of creators hopping on/in trains, planes and automobiles to get there, will be aritst/writer Michael Golden and painter supreme Mark Texeira!

Comic's creator Michael Golden is known for his stellar storytelling through the comics industry, most notably on such books as Dr. Strange, The 'Nam, G.I. Joe, Marvel Fanfare, Bucky O'Hare, Spartan X, and much more. His covers was recently provided the prime frontage on such books as "Spiderman 1602," X-men, The Hulk, Demon's Regret, Wonder Woman... you name it. And he has even inked a few pages over long time friend, and amazing artist, Neal Adams on his recent Batman project.

Several surprises are in the works for fans of Golden's covers and storytelling, so be sure to get on his official mailing list by contacting his agent at evaink@aol.com. While at the BCC, Golden will be signing and sketching as time allows and will also have copies of his new comprehensive art books "Excess: The Art of Michael Golden," and "Michael Golden's MORE Heroes and Villains," the newest in his book line.

Fine art painter, Mark Texeira is equally know for his interior work as he is for his painted covers. When you hear the name of characters like Ghost Rider, Black Panther, MoonKnight, Sabertooth, Wolverine... you think of Tex! Recent covers have also been seen on "Terminal Alice," and his storytelling work has appeared at Wizards of the Coast.

Mark is currently finishing up a Punisher mini-series that we'll be able to tell you more about shortly! Tex will be at the show all weekend, sketching and signing. He'll have copies of his new art book "Tex: The Art of Mark Texeira," written by Renee Witterstaetter and published by Vanguard Productions, as well as limited copies of his sketchbook "Babes and Brawn," and mucho original art. Stop on by and talk to our Eva Ink assistant, Constance about an original sketch while you are at it!

Being held August 28-29th, the Baltimore Comic-Con is also the host of the august Harvey Awards, the industry's oldest and most respected awards. With a history of over 20 years, the last 4 at the BCC, the Harvey's recognize outstanding achievements in over 20 categories. They are the only industry awards nominated and selected by the full body of comic book professionals.

This year's Harvey's will take place Saturday night with Key note speaker Mark Waid and hilarious emcee, Scott Kurtz. This year, Eva Ink Publishing will once again be donating to the event as a gift bag sponsor with a 2011 calendar (better to keep track of next year's BCC, ya know), as well as a signed collectable Spartan X trading card from Michael Golden.

This show is always jam packed and full of surprises!

And, with a location as easy to get to as Baltimore, how could you NOT be there!

For more information on the Baltimore Comic-con and the Harvey Awards, visit: www.baltimorecomiccon.com