So, Today I got this e-mail from the President... 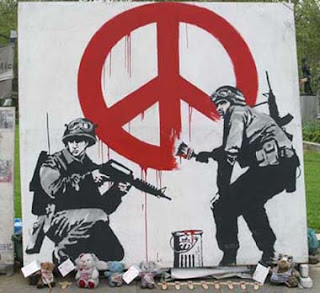 Tonight marks the end of the American combat mission in Iraq.

As a candidate for this office, I pledged to end this war responsibly. And, as President, that is what I am doing.

Since I became Commander-in-Chief, we've brought home nearly 100,000 U.S. troops. We've closed or turned over to Iraq hundreds of our bases.

As Operation Iraqi Freedom ends, our commitment to a sovereign, stable, and self-reliant Iraq continues. Under Operation New Dawn, a transitional force of U.S. troops will remain to advise and assist Iraqi forces, protect our civilians on the ground, and pursue targeted counterterrorism efforts.

By the end of next year, consistent with our agreement with the Iraqi government, these men and women, too, will come home.

Ending this war is not only in Iraq's interest -- it is in our own. Our nation has paid a huge price to put Iraq's future in the hands of its people. We have sent our men and women in uniform to make enormous sacrifices. We have spent vast resources abroad in the face of several years of recession at home.

We have met our responsibility through the courage and resolve of our women and men in uniform.

In seven years, they confronted a mission as challenging and as complex as any our military has ever been asked to face.

Nearly 1.5 million Americans put their lives on the line. Many returned for multiple tours of duty, far from their loved ones who bore a heroic burden of their own. And most painfully, more than 4,400 Americans have given their lives, fighting for people they never knew, for values that have defined our people for more than two centuries.

What their country asked of them was not small. And what they sacrificed was not easy.

For that, each and every American owes them our heartfelt thanks.

Our promise to them -- to each woman or man who has donned our colors -- is that our country will serve them as faithfully as they have served us. We have already made the largest increase in funding for veterans in decades. So long as I am President, I will do whatever it takes to fulfill that sacred trust.

Tonight, we mark a milestone in our nation's history. Even at a time of great uncertainty for so many Americans, this day and our brave troops remind us that our future is in our own hands and that our best days lie ahead.