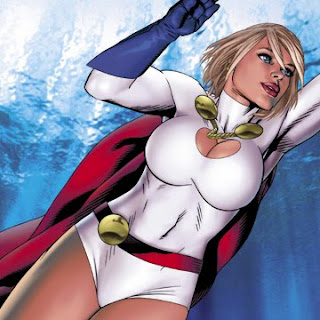 Hi All-- As part of the August grand tour, Eva Ink Artist Group will be headed to Wizard World Chicago this next weekend for some Chicago style hot dogs and one heck of a good convention. Michael Golden will have a print in the exclusive VIP pack as per below, and Texeira, Scott and myself will also be at the show sketching (were applicable.. I don't THINK you want a sketch from me, LOL) and signing our books and various product. Many of our artist and celeb friends will be in attendance as well! It's always a fun show, so we hope to see some of you there. Now, without further digression... more to read below.

Rosemont-- Exclusives Abound @ Wizard World Chicago Comic Con!And for the first time EVER, Michael Golden's artwork will be featured as part of the VIP Package for the premiere upcoming pop-culture event!


Wizard World Chicago Comic Con is the place to be to collect exclusive prints, books, die cast cars, toys and other items, as more than 30 different pieces will be available only at the event, August 19-22 at the Stephens Convention Center in Rosemont, Ill.


But this eye-catching Power Girl piece by the co-creator of X-Men's Rogue, is available ONLY as part of the VIP exclusives. And it's certainly no mystery why Mr. G. was picked as part of this special promotion for the show.


During his career, Michael Golden has been an editor at DC Comics as well as senior art director at Marvel Comics, and has worked on numerous movie production projects, including some currently in development. His art has been the focus of gallery shows in places as diverse as New York,Gijon and Barcelona, Antwerp and Brussels, and his class onstorytelling has been conducted in Spain, Brussels, Canada, and theUnited States.


In addition to his groundbreaking art on titles such as "The 'Nam, "Micronauts," "G.I. Joe Yearbook," "The Avengers," "Batman," and "Dr.Strange," Golden's recent work can be seen on the covers of "Heroes for Hire," "Exiles," "Nightwing," "Uncanny X-Men," "Hulk Team-Up," "Wonder Woman," and "Spiderman 1602," among much more! Books on his work include the recent publications "Excess: The Art of Michael Golden," "Modern Masters: Michael Golden," "Heroes and Villains," and "MORE Heroes and Villains," most of which will be available from Michael in artist's alley while supplies.


Chicago Comic Con will easily be one of the top conventions of the year. And joining Golden at the event will be Eva Ink Artist Group contemporaries Mark Texeira and Steve Scott:


Currently Texeira is finishing up a Punisher limited series for Marvel Comics, and you no doubt know him from his stunning work on "Ghost Rider," "Moonknight," "Black Panther," "Conan," and much more. Mark will have copies of his books "Babes and Brawn," and "Tex: The Art of Mark Texeira," at the show.


Artist Steve Scott recently completed stints on "X-Men Forever," a Green Lantern special project and is currently working on a Batman story at DC Comics as well. At Wizard Chicago, Steve will be offering copies of his new sketchbook, "Steve Scott Sketches," while supplies last, as well as some exclusive prints!


In fact, this amazing event features over 500 special guests and celebrities from the world of comic books, film & television,wrestling, pop culture and more! You will not want to miss out! And don't forget to sign up for the VIP package featuring that fantastic Michael Golden Power Girl print as well!