HeroesCon a Buzz of Activity this Weekend! 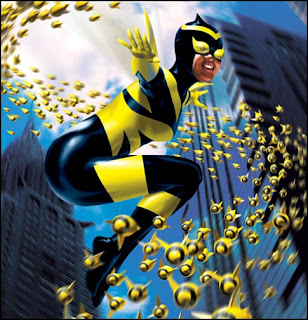 Charlotte, NC-- The Hornets Nest is going to be buzzing this weekend, as HeroesCon Charlotte starts off with a bang on Friday and continues through Sunday, as fans swarm around for one of the best comic book and comic art shows in the nation.

Several highlights for the weekend include panels that take a look at the "Art of Nick Cardy," on Friday at 2:00. "The Art of Michael Golden" on Friday at 1:30, and a war comics panel on Saturday, featuring both Michael Golden ("The 'Nam) and Nick Cardy and others, which will also focus on the new Cardy book from Eva Ink Publishing.

This much anticipated new book, "Nick Cardy: The Artist at War," recreates Nick's sketchbooks from his time in World War II, and shares his life in the war through his art. This will be the official debut for the autobiographical tome. And the book will be available at the show in both sketch and autographed versions. Came by and see either Nick Cardy or Renee Witterstaetter (Eva Ink) at their tables to get your copy.

Amazing painter, Mark Texeira, will also be at the show. Known for his stunning work on "Ghost Rider," "Black Panther," "MoonKnihgt," and much more, Texeira will soon be featured in two new Punisher mini-series from Marvel Comics. Mark will be sketching and signing all days of the convention.

Writer and color artist, Renee Witterstaetter, in addition to having copies of her new book "Nick Cardy: The Artist at War," at her table, will also be offering new books "Michael Golden: More Heroes and Villains," "Joe Jusko: Savage Beauty," and the new children's book "Kerry and the Scary Things."

Other wonderful talent joining the show include: Rodney Ramos, Adam Hughes, Craig Hamilton, and way too many to mention here!

Nicknamed "The Hornets Nest," by General Cornwallis in the Revolutionary War, after being driven out by hostile residents, the strength and force of will that made Charlotte that "nest of rebellion" then, is still strong in this amazing city. And we're happy that their reception of comics and comic fans is much more warm than what the good ol' General received...

Come see what makes this show….and this city.. so spectacular.

For more information go to: www.heroesonline.com

For more information on the artists featured in this article, visit: www.evainkartistgroup.com