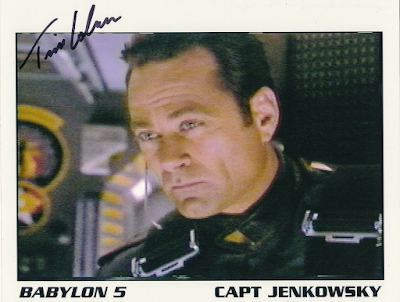 This amazing actor ad comedian, is well known  for his fan favorite portrayal of Captain Jenkowsky in “Babylon 5: In the Beginning.”

What a perfect guest for your shows sci-fi programming, as Tim can talk about his part in this iconic series. Maybe a “Behind the Scenes” panel? Yes!

In addition, Tim is  is well known for his role in the 1987 Stanley Kubrick film "Full Metal Jacket," where he played the door gunner-- such a memorable part of that movie  that it was inspiration for parody follows ups in "Tropic Thunder" and "Ain't War Hell?" A little known fact:  Over six thousand rounds of ammo were used in that scene.  There is no count on ear plug use that we’ve read, but suffice to say…

There is the idea for your  “Behind the Scenes with Tim Colceri” Panel Number Two!

But you aren't limited in that regard:


Just a few of Tim’s other notable contributions include "Leprechaun 4: In Space," "Devils Inside," "The Rag Man," Sergeant Lewis on the television series “Weeds,” and much more to list when promoting Tim Colceri  for your event.

For more information on booking Tim, please contact us at: evaink@aol.com