Clinton T. Hobart is a Fine Artist and Licensed Disney Fine Artist. He creates original oil paintings of a wide variety of subjects ranging from classical subject matter such as fruit and eggshells to more modern subjects such as Mickey Mouse and Doritos. Even his Disney paintings are technically still-lifes, because he works from real objects in front of him. If he cannot find the objects he desires to paint he frequently will build elaborate "Sets" to work from. For his painting of the tower from the Disney movie Tangled he constructed a four foot tall replica of it made out of stone, mortar, cardboard, plaster and wood. The sculpture has since become as popular as the actual painting. 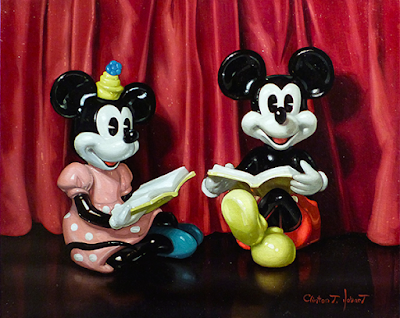 In addition to painting for Disney, Hobart also paints still-lifes, portraits, cosplay paintings, and ocean waves. He has been featured on NBC News, FOX News, The CW, ABC News, and American Artist magazine. He appeared on CBS News with Scott Pelle after a Chinese company sold forged copies of his paintings online. Afterward, the Huffington Post mentioned the story in an article stating that Clinton was part of a “sting operation.” Hobart’s painting “A Portrait of Doritos”  is in the private collection of actor Michael Rooker from Guardians Of The Galaxy and The Walking Dead. 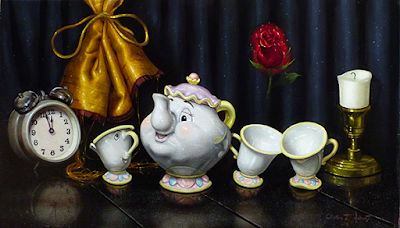 Note that Clint is available for painting demos at your show!