From Colleen Duran-- The Plain Facts about Piracy. 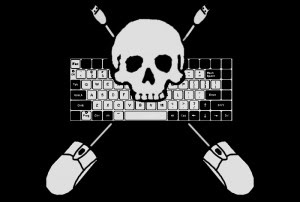 I feel this is a very important subject for all creatives out there. We can not sit by and think that work is going to be protected. Colleen's words are the truest I've heard on this subject.

For more than 20 years, I’ve written and drawn comics for a variety of major publishers: Marvel, DC, Dark Horse, Image and Disney. Like many artists, I’ve seen my sales figures chipped away as the print market shrinks due, in no small part, to rampant online piracy.
I tried to count the number of pirate sites that had my work available for free download, but when I hit 145, I was too depressed to go on. Pirates and impecunious fans inform me that pirating my work is great publicity, for piracy isn’t nearly as dangerous to an artist as obscurity.

I made my comic series, A Distant Soil, available as a free webcomic less than two years ago. Despite assurances that the many sites pirating my work were doing me a favor with their “free advertising” I never saw a single incoming link from them, saw no increase in traffic, and made virtually no money.

Frequent original content (often pirated the day I post it,) increased my traffic, not pirate “advertising”. Pirates draw traffic from my site, and cost me millions of hits annually, which cuts my advertising revenue.

Readers assume they are only nickel and diming rich corporations with their bit torrent naughtiness, but I am a middle class artist and farmer for whom a few thousand dollars a year in lost income means I can’t afford health insurance.

Each of these pirate sites is a de facto publisher, yet they have no responsibility toward my work. They ignore takedown notices. Few creators can afford to sue.

Convicted felon Gregory Hart, who ran the site htmlcomics.com, threatened me with legal action when I asked him to remove my work from his site. After wrangling for a year, a coalition of major publishers and the FBI took him down.

To add insult to injury, angry readers turned on creators and publishers for enforcing their legal rights against a felon. This is the reality faced by artists in every creative pursuit all over America. And it’s having an impact on jobs.

I spent the last two years working on a graphic novel called Gone to Amerikay, written by Derek McCulloch for DC Comics/Vertigo. It will have taken me 3,000 hours to draw it and months of research. Others have contributed long hours, hard work and creativity to this process. But due to shrinking financing caused by falling sales in the division, these people are no longer employed.

The minute this book is available, someone will take one copy and within 24 hours, that book will be available for free to anyone around the world who wants to read it. 3,000 hours of my life down the rabbit hole, with the frightening possibility that without a solid return on this investment, there will be no more major investments in future work.

Creators and publishers can’t compete with free and the frightening reality is that even free isn’t good enough. Pirates aggregate content in ways creators and legit publishers can’t. Why go to dozens of web pages for entertainment when you can go to a pirate and get everything you want? There’s no connection to creators as human beings who work hard and make money from that work, and who need income from past work to finance future work.

Distribution is the only concern. Readers care about the gadget that gives them the goods, and have no connection to the goods at all, or who made them. But without desirable content, there’s nothing to distribute.

Everyone gets paid - manufacturers of computers, iPads, electricity, bandwidth – everyone except the creators of content.

It costs big bucks to finance these pirate sites. Major advertisers and open source ad providers like Google pay them.

Congress is moving on a bill that promises to cut funding for pirates, and the usual suspects who have become accustomed to getting whatever they want online without paying for it are crying foul.

Here’s hoping the next step in combating the lack of respect for copyright includes an initiative to instill some respect for the people who create content. Real human beings live behind that work.

Colleen Doran is a cartoonist and illustrator with more than 500 credits for companies as diverse as Lucasfilm, Disney, Marvel Comics, DC Comics, Random House, Houghton Mifflin, Harper Collins, and Image Comics. Her work includes illustrations for Captain America, Sandman, Wonder Woman, Amazing Spider-man and many others.