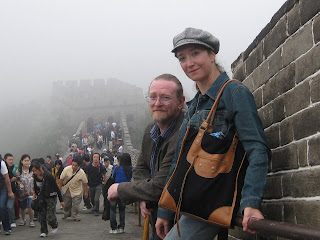 Richmond-- Virginia IS for lovers...of G.I. Joe and Michael Golden artwork that is-- as Golden and his biographer and publisher, Renee Witterstaetter, sign on as a surprise last-minute guests for next weekends Virginia Comic-Con, slated for November 21-22, 2009, with Golden taking a "Guest of Honor" nod to boot!

Golden, a fan favorite for his work on "Micronauts," "G.I.Joe," Batman, Dr. Strange, X-Men, Avengers, and "The 'Nam," among many other projects, has just been added to the line-up just this week, and is a natural for the event's G.I. Joe theme, considering his groundbreaking work on that series.

This will also mark the artist's first appearance in Virginia, in fact. And, to celebrate the fact, Michael will have some special prints and books for the occasion.

During his career, Golden has been an editor at DC Comics as well as senior art director at Marvel Comics, and has worked on numerous movie production projects, including some currently in development.

His art has been the focus of gallery shows in places as diverse as New York, Gijon, Barcelona, Antwerp and Brussels, and his class on storytelling has been conducted in countries including Spain, Brussels, Canada, the United States and China. Golden’s recent work can be seen on the covers of "Heroes for Hire," "Exiles," "Demon’s Regret," "Uncanny X-Men," and Spiderman, among many others. Vanguard Production’s recently released top-selling art retrospective “Excess: The Art of Michael Golden,” written by Renee Witterstaetter, has sold out and has gone into a second printing. This year will also see the release of Golden’s new sketchbook, “MORE Heroes and Villains,” from Eva Ink Publishing-a perfect match for last year’s “Heroes and Villains” sketchbook. (Soon to followed by the sketchbooks, "Dangerous Curves," and "Bad Dog.")
Writer, editor, color artist, and publisher, Renee Witterstaetter began her career working for DC, Marvel, and Topps. After a storytelling immersion in comics, film work was a natural progression for her, and she worked on dozens of commercials and music videos for the likes of Madonna, Seal, and Usher, as well as the feature films Rush Hour Two, and Red Dragon, among others. She is the author of numerous books, including “Dying for Action: The Life and Films of Jackie Chan,” “The Fantastic Art ,” and “The Art of the Barbarian, Vols. 1 and 2, the top-selling “Excess: The Art of Michael Golden” and the just released, “Tex: The Art of Mark Texeira,” as well as her upcoming mystery novel. She has just recently returned from presenting a new paper at the renowned Animation Forum in China, as well as presentations in Aviles and Gijon, Spain.

Admission is $10 for adults to the November 21-22, 2009 show at the Crowne Plaza West, 6532 W Broad Street in Richmond, VA, but it will be free to anyone in full costume, children, folks with student ID and people with military ID. It will also be free to members of the press.

For more information on the Virginia Comic-Con go to: http://www.vacomicon.com
(Above Photo: Golden and Witterstaetter on recent China appearance.)
Posted by Eva Ink Artist Group at 1:41 PM